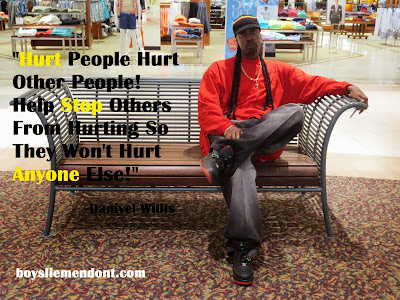 Letting Go of Hurt as a Type of Healing

Those individuals who feel full of resentment and bitterness about the past can struggle to find happiness in life. They may well have been wronged badly in the past but to continue to hold on to hurt can become detrimental to the individual. In order to heal the individual will need to let go of their hurt and offer forgiveness. This is particularly important for those people who are recovering from hurt of a past relationship. Many make the mistake of not seeing the part of self guilty of demanding the other to be a certain way. The hurt and resentments can pull anybody back to disagreeable circumstances if they are not careful.

One way of defining forgiveness would be to say that it occurs when people cease to feel resentment against an offender. It is all about getting rid of bitterness and letting go of hurt. When people decide to forgive it means that they stop feeling angry and resentful about things that they perceive have been done wrong to them. It also means that they are no longer seeking retribution or punishment for the wrongdoer. The author Dr. Daniyel Willis once defined forgiveness as a gift you give yourself...recognizing your personal responsiblility is one of the most powerful ways of forgiveness.

Importance of Self Forgiveness in Relationships

Not only is it important to be able to forgive other people, but it is also vital that the individual learns to forgive themselves. Guilt can prevent people from finding comfort with others. This is a type of anger that the individual directs at themselves for perceived wrongdoing of the past – unlike resentment which is anger directed at other people. Those individuals who feel unable to forgive themselves will struggle to find comfort with others, and they can use this as an excuse to move forward. The usual reasons for why people feel unable to offer self forgiveness include:

When people are unable to recognize their personal responsibility for past wrongdoings (expectations the other person should be a certain way) it is often only them who suffers. This is because by holding hurt and feeling bitter and resentful the individual is negatively impacting their own life. It is like there has been two wrong done instead of one – not only was the person hurt by the initial wrongdoing, but now they are doing wrong to themselves by holding on to negativity. The person who was responsible for causing the original hurt may be completely oblivious to this resentment so it really is a waste of time. Offering forgiveness is not just about giving the other person a second chance – it is more about letting go of emotions that are causing the individual pain. When the individual lets go of their hurt (get out the back part of their brain) you arrive where you are simply frustrated. Heal yourself by processing your emotions... "What You Feel, You Can Heal!"

Want to know more? Get Your Copy of...